FOR GUYS: The Size of Your Manhood Can Be Increased! How? Read Here!

While women can have different assets which they can be proud of, men only but one main source of pride- their manhood. But not everyone was given gifts equally as others in terms of the size of their penises. In fact, about 30% of males are conscious about the length of their manhood as it is greatly associated with their bed performance.

According to a study conducted in Italy by an urologist, males can actually increase the length of their manhood. One of the low-risk enhancement procedures is through ‘traction’ wherein a guy would need to wear ‘penile extender’ which stretches penis for several hours a day within four months. It can increase the length into 1.5cm to 2.5cm.

This was confirmed by Dr. Patrick Tuliao from The Philippine Urological Association and general urologist sub-specializing in oncology, endourology, laparoscopic, and robotic urologic surgery saying:

“In theory, the pulling force of the extender results in the production of new collagen through increased cellular production, which then leads to gradual penile tissue expansion and ultimately, penile lengthening.”

He noted that though length can be increased, girth doesn’t necessarily follow and said:

“Penile length and circumference can be augmented via several ways. The most commonly performed surgery to lengthen the penis is to release the suspensory ligament (a process that involves attaching the base of the penis to the pubic bone) combined with some form of skin flap. Other methods include the use of penile prosthetic implants and rib cartilage attachment,”

“Meanwhile, penile girth can be enlarged using fat injection or grafts such as dermal fat, large blood vessels, and fascia.”

However, while this procedure is low-risk, it might still have complications so Dr. Tuliao said: “Complications can arise no matter how simple the procedure appears to be. Use of extenders may cause pain, skin irritation, and abrasions, not to mention hematoma formation due to blood vessel injury. Aside from bleeding, wound infection, and scarring, surgical procedures to lengthen the penis may result in reduced penile sensation, penile shortening (when the penis reattaches to the pubic bone), erectile dysfunction, abnormal penile curvature, and an unstable penis especially during intercourse.” 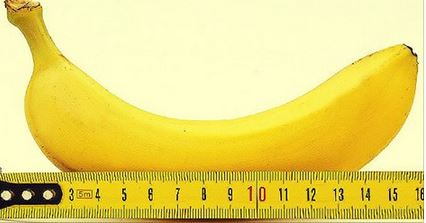